Internal regulations of the government and the law in the territory

This Publication sets out faithfully the Internal regulations of the Community Council of the Black Communities of the Alto Guapi result of the collective construction of continuous work and participated during four years of their Communities and support organizations as ASDES, Seeds, Water, WWF and Altropico.
This organized into titles, chapters and articles that describe the structure of government, its administration , the system in its own right, forms of ownership and the use, management, natural resources, their use, management and protection of the black people in the ancestral territory, the reform of the regulation and its implementation.
Each of the structural elements of this regulation is located in a sequential manner that enables one to see the links but also the specificities of each title.

Title 1.
8-30. The structure of government and Administration in the territory

8. The principles Fundamentalesen the Community-based Organization

13. The role of the community in the decision making

Of the policies in the territory

The government of the community in the territory

31-42. The system in its Own Right in the territory
32. Chapter 1. Own right
33. Chapter 2. "Justice in the territory."
38. Chapter 3. Of behaviour contrary to the life in community, and their punishments

43-48. The territory of the community and their forms of ownership

49-62. Of natural resources in the land – Use, management and protection

63-71. Of black people in the ancestral territory of the High Guapi

72-74. Of the reform of the Regulation and its implementation 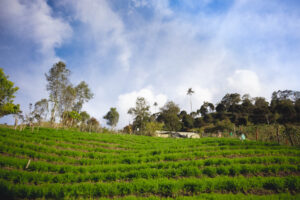